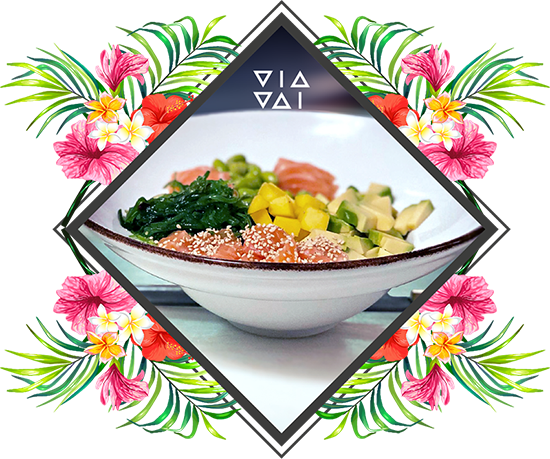 Hawaiian Poke: the dish of the
moment arrives in Florence

It is considered the new sushi and comes directly from the Pacific Ocean, passing through the United States where everyone knows it. In Italy it first arrives in Milan and now it also arrives in Florence: the Hawaiian poke is the dish of the moment and we couldn't revisit the recipe in our own way!

We are accustomed to the mixture of flavours and styles, we love raw fish and we are always attentive to the latest trends in gastronomy. That's the reason why, from today, we offer three different versions of the Hawaiian poke on our menu: the classic one and two revisitations signed Via Vai.

What is the Hawaiian Poke?

In Hawaiian it literally means "cut into touches", precisely because the fish is served in chunks, not slices. Although considered the new sushi, Hawaiian poke is a very different recipe from the raw fish we are used to. Born as a poor dish of Pacific fishermen, it lends itself to different interpretations precisely because, as a poor dish, it was cooked with what was available.

At the base of the Hawaiian poke, also known as ahi poke, there is always a raw or marinated fish cut into rather large pieces. The fish is flavoured with a variety of ingredients including soy sauce, seaweed, sesame oil, chili pepper, spices, fruit and so on, until you find the perfect balance. In the traditional Hawaiian poke we often also find tomatoes, green peppers, salad and avocado. Rice is the basis of everything.

It is therefore a complete, tasty and light dish, which is rigorously served in a bowl. 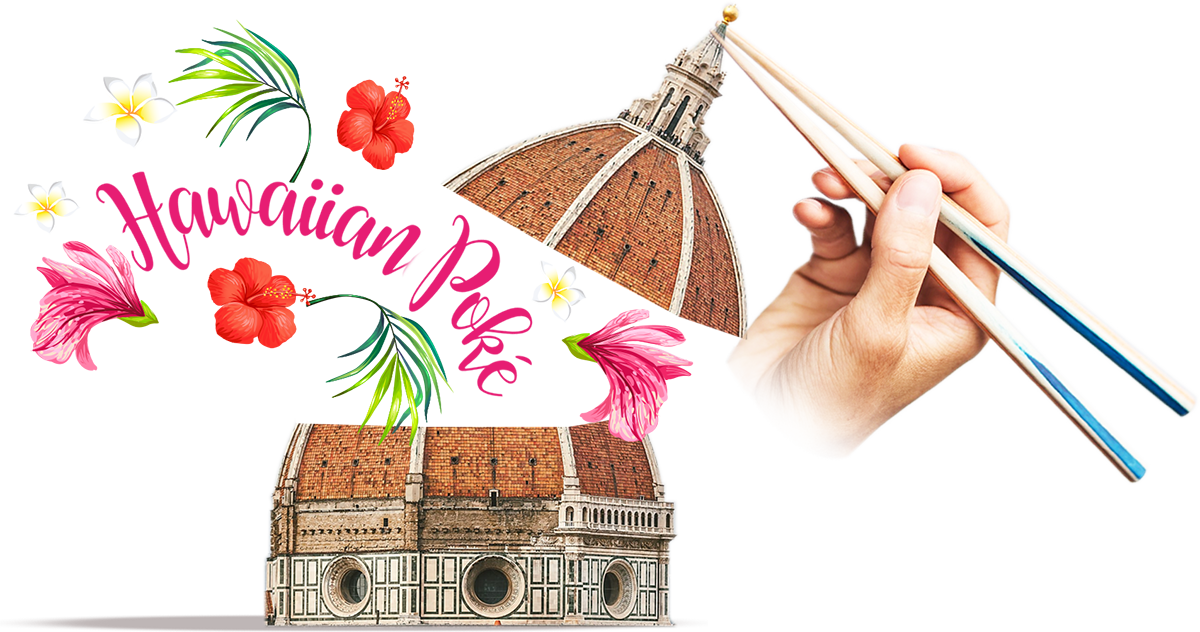 The Hawaiian poke arrives in Florence

In the areas of origin, the Hawaiian ahi poke is a traditional recipe that can be found almost everywhere, from bars to restaurants to gas stations. In the western world, the spread began about two years ago, when the first colorful bowls began to spread on the American West Coast; passing by the islands of surfing, the dish has come to Europe, London, Paris and Milan. From today, you can also taste this delicious exotic dish in Florence: the Hawaiian poke lands at Via Vai, where it is served in three different versions.

If you've never tasted it before, start with this, the Hawaiian poké you might find on a heavenly island in the middle of the ocean.

Tasty, sweet but spicy, the right balance between the delicacy of the shrimp and the acidity of the strawberries: perfect for those who appreciate strong contrasts.

For those who love strong flavours, this is the perfect Hawaiian poke: lighter because without rice, it is a real explosion of flavours and aromas.

Are you curious to taste the dish of the moment?

The Hawaiian poke in Florence is only at Via Vai.